Failing is good! Yup…..*Grin*….I’m going to start this post with that statement.  There is such a negative connotation with the word “fail” that I believe is completely unjustified.  Failing just means the opposite of achieving.  To me, failing is synonymous with “learning”.  My little article today is going to be about why failing at something is such a great tool for us in life, not only for encouraging new approaches and thinking, but in helping us to emotionally grow as well.

We are Designed to Fail (and succeed afterwards!)

Failure, very simply, is: “An act or instance of failing or proving unsuccessful; lack of success: ” Taken straight out of Dictionary.com (http://www.dictionary.com/browse/failure)

Why is that a negative thing I ask you?  Not one person in the history of all time has succeeded at everything they tried first time.  You’d have to be omniscient, because this is the primary method through which we learn and it’s most obvious when we are children.  When we learn to walk, it’s a combination of building muscle strength, learning how to utilise all those muscles in unique combinations and a desire to not fall over anymore ‘cos it probably starts to hurt 🙂 This very simple example can be applied across nearly any activity that we’ve done in our lives.

This is what forms the foundation of “practice makes perfect”.  Why would we practice if we could already do it?  I absolutely wish I could nail a 3-point basketball shot every single time….I’m very average at basketball, but it’s still fun (which is a point I’m going to make later). 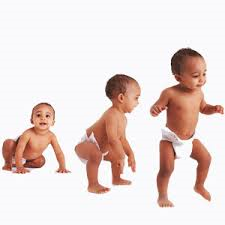 How it Influences our Growth

Our modern lifestyles tend to disregard the afore-mentioned small actions, when in reality they are some of the biggest attainments we need in life.  If you never learnt to walk, well that would make things difficult – so it was worth the 1000 odd hours it took right?  And the hundreds of time you fell over trying?  How much do you appreciate the ability to walk now?  To run?  So in adult life, when we want to achieve something significant, why are we afraid to fall?  There are things that people won’t even try because they fear failing.  There is absolutely nothing to fear by failing and so much to gain.

Through putting significant time into a difficult task – we learn to appreciate the final outcome.  If it requires attempt after attempt, we learn humility.  The effort level teaches us respect for the final outcome and appreciation for the challenge that is.  If something (anything for that matter) is earned, how much more do you respect it?

When we attempt something and don’t achieve it, we’re forced to think about why.  Did we simply not do something correctly, are we lacking some skill that is required?  Or are we approaching the challenge in the wrong way?

In all honesty, this is the reason that humanity is the dominant species on the planet. Not because we are physically adept, but because of our adaptability.  We have failed so many times through History, and our continued existence is proof of our ability to learn and subsequently succeed.  We have many more hurdles to overcome, and thus we must continue to try and fail until we find a way to succeed.

The Frown IS a Smile

Friends – let us not see failure as a negative.  Failure is a means for positive growth.  Failure is an opportunity to rethink, to try again.  Failure is how we as people grow.  So the next time that you want to try something, but fear failure…..have no fear – for through failing do we learn the pathway to success.

**side note – There is a triple stack box jump at my gym that I am DETERMINED to get.  I’ve tried SO many times and I’m absolutely confidant that I’m getting closer.  Each time I get a little stronger, a little more efficient at making the required muscles work together and understand my own positioning a little better.  First attempt was not even verging on being close.  Now I can feel it’s close….a matter of millimetres.  I’m going to fail some more, but “By Jove” readers, I’m going to get it in the end.

Published by Assume It's Possible

View all posts by Assume It's Possible

Got a Thought? Cancel reply